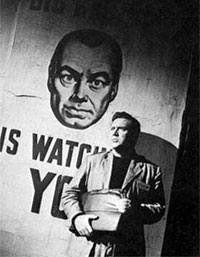 In the Information De-Evolution series we have taken a look at the development of Information Technology (IT) and associated issues in Ethiopia.

Information De-Evolution I describes the initial introduction of IT via the telephone and telegraph with an example of initial resistance from conservative elements such as the Church.

Information De-Evolution II describes the current state of IT in terms of the dismally low penetration of technologies such as phone service (even in comparison with poor countries elsewhere in Africa) and the inadequate response of the government monopoly, the Ethiopian Telecommunications Corporation (ETC).

Despite the fact that ETC is staffed by dedicated professionals the basic structure of the deliberately Soviet modelled government bureaucracy has prevented proper policies from being introduced. Current 'privitization policies' reveal that the further evolution of IT is discouraged outside of the close control of government or government associated 'private' actors.

So, the obvious question will be: Will Ethiopian current and potential Internet users benefit from this? Undoubtedly, any relaxation of the current outdated and lethargic regulations will bring some tangible benefits such as quick response to customer demands, reduced interference with private Internet-based businesses (particularly Internet Cafes), etc.

It still remains difficult, however, to suggest that anything less than a free atmosphere for ISP-business will bring very significant changes in Internet penetration. This is not to say that there is a lack of will from the country’s telecom executives; but the fact that the decision making processes, particularly those related with policy and regulations, require a tacit approval from top government leaders is simply non-conducive to the type of unbridled growth Internet penetration has seen time and again in every other part of the world.

To make matters worse from a policy point of view, one of the government ministerial bodies just recommended on April 12, 2002 that Internet access in Ethiopia be exclusively offered by the government! This is clearly worrisome and raises legitimate concerns about the prospects of telecom, particularly Internet, in the country.

Information De-Evolution III looks at the history of computing in Ethiopia and how government monopoly of all related issues hampered the development of that sector in the tried and failed manner perfected by the Soviet Union, the ideological progenitor of the current and past Ethiopian government.

Information De-Evolution IV describes the development of internet technology in the country and how the insistence on a government monopoly has actively discouraged its adoption on a widescale basis.

The IV post noted the revelation that the number of internet subscribers as of 2002 (4073 subscribers according to ICT Focus) was going to be expanded by a further 100,000 in a deal with a U.S. company that dwarfed previous efforts by the sole actors, the government and the U.N. Development Project. With the UNDP plan alone "the number of subscribers will increase from 3,000 to 14,000 throughout the country".

internet service will still be under government monopoly control which implies ... other forms of control. Since 1996 the private sector, or indeed ETC itself, could have done far more to increase the number of internet connections that have only been promised just this month - if that had been desired.

Perhaps the questions to ask are why the delay lasted most of a decade and why the government is now comfortable with expanding services?

The report of the 'order of magnitude' expansion of internet service included this information - "(t)he project makes use of an electronic voucher distribution (EVD) system that fully automates Internet provision. The system allows customers to register online for Internet services via a prepaid platform". Does this mean that registrants have their online status automatically noted by the system and thus subject to automated tracking?

The number of Internet users doubles nearly every six months and the number of websites every year. But this dizzying growth is matched by the authorities' energetic attempts to monitor, censor and repress Internet activity, with tough laws, jailing cyber-dissidents, blocking access to websites, monitoring online forums and shutting down cybercafés.

The tremendous growth of the Internet now makes it technically impossible for the authorities to monitor the content of all the millions of e-mail messages being exchanged around the country. But the regime is still banning users from looking at websites it considers endanger "the social order and the socialist system." The authorities have created a legal arsenal to punish cybercrime and cyber-dissidence.

The active measures by the Chinese government to control information appear to have been enhanced since 2002 by new technologies to make a 'Great Information Wall' a reality by 2004 that may have influenced Ethiopia's belated expansion of internet service.

The new level of control possible is described by the BBC

China's authorities have shown an ambiguous attitude to the rise of internet use.

On the one hand they see it as essential for remaining economically competitive to have a computer literate population.

But on the other hand they fear the open access to information that the internet provides.

So the government has done its best to control internet use through a range of regulations, outlawing all sorts of content from political dissent to gambling.

It blocks access to distant sites and most foreign news organisations.

It calls on internet providers to show what it calls self discipline and has internet police units monitoring online activity, including people surfing in the many thousands of internet cafes.

In this report the BBC describes policies to continually censor text messages from cell phones which in the past defied efforts to control information about SARS - the targets are thought to be political dissidents. The BBC goes on about the ongoing battle that China is waging on the internet and freedom of information here describing an Amnesty International report

There has been a dramatic rise in the number of people detained or sentenced for internet-related offences in China, according to the London-based rights group Amnesty International.

Many of the individuals cited in the report have been denied due process of law and some have been tortured or ill-treated in custody, says Amnesty.

Why does what happens in China matter to Ethiopia? It is the model for the flow of information in Ethiopia according to the Ethiopian government.

Take a look at this article from The Reporter that details the final public debate about the draconian draft press law, thought by many to be the death knell for Ethiopia's already besieged press.

According to observers who followed the meeting, what was more revolting than the restrictive and prohibitive content of the draft press law were the explanations of the Minister of Information himself who officiously told the participants that his government has the right to jam broadcasting, block the internet.

". . .Jamming is not illegal, China does block the internet," the Minister said. "What toppled the governments of eastern European countries were mainly the international broadcasters. We don't want that to be repeated in our country . . ." he added.

Publishers, editors and journalists alike vowed to continue their fight against both the content of the draft press law and the intent and purpose of the government.

The admiration for China's restrictions on information and the expressed fear that the events that liberated Eastern Europe from totalitarianism parallel the Ethiopian situation today is a stunning and revealing admission from a government official.

Stating that the "government has the right to jam broadcasting (and) block the internet" is both obvious and wrong. Government has the power in a dictatorship to do whatever it wants and to make anything legal or illegal that it desires. In Woody Allen's wonderful satire of revolution and those it seduces Bananas, the new strongman of a fictional country announces to his captive masses that

From this day on, the official language of San Marcos will be Swedish. Silence! In addition to that, all citizens will be required to change their underwear every half-hour. Underwear will be worn on the outside so we can check. Furthermore, all children under 16 years old are now... 16 years old!

The Marxist military dictatorship that the current government overthrew had laws in the 1970s against 'youths' meeting in groups larger than three for fear of student protests being organized and possible political violence. Tens of thousands were killed for such violations and the merest suspicions of opposition. Does the fact that those deaths would have survived any legal challenge under the Mengistu regime make them somehow acceptable? Of course not!

Past policies indicated that development of the internet was actually being discouraged in Ethiopia long before the 'threat' of information approached Chinese levels. Internet service may be expanded now because technologies have become available at inviting prices to further follow the Chinese example in the realm of control.

One example of how China deserves to be emulated is described in this post China shows the way - Chinese policies towards land reform have provided a clear pass out of the permanent crisis manufactured by policies of state ownership of all land as is the case in Ethiopia. Well, Ethiopian peasants will remain government sharecroppers for the foreseeable future while China's bad policies are the ones pursued.

Given what we have seen with the other issues such as press freedom, food security, national cohesion, empowering peasant farmers and national unity the government always puts its security interests first.

An informed and outspoken population of any size outside of government control is thus a mortal threat to the ruling party.