Lost in a maze of debt, poverty, corruption and foreign aid?
Left in the lurch by Marx and Lenin?
Try Basic Property Rights with Rule Of Law!
Billions of lives improved!

The Milton Friedman prize for advancing liberty is given every two years by the Cato Institute. The winner in 2004 was Hernando de Soto of Peru. 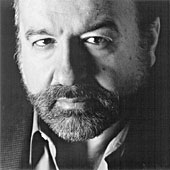 The Financial Express of India takes a look at de Soto’s prize and his latest book “The Mystery of Capital: Why Capitalism Triumphs in the West and Fails Everywhere Else”

(It is) “a book that is easy to identify with. This book argues that the main difference between developed and developing countries is that in developing countries, we deprive the poor of the most important resource they have, namely, land. This is the only form of capital the poor really have. Because we prevent land markets from developing, because we have no clear land rights and land titles, there are no land markets. In India, we have prevented land markets from developing, not only through outmoded and dysfunctional land ceiling legislations, but also by often declaring tenancy illegal. That merely drives tenancy underground. There is no incentive to invest in land.”

From The Economist in an article titled "The economist versus the terrorist: Hernando de Soto believes that capitalism can defeat terrorism"

“Hernando de Soto is no ordinary practitioner of the dismal science (economics). It was his pro-capitalist intellectual crusade against Shining Path terrorists in his native Peru that made him one of their top targets; he survived at least three attempts on his life. Those ideas, set out in his 1987 bestseller, “The Other Path”, may even have helped to turn the poor against the Shining Path, ensuring its defeat. What worked in Peru, he says, can work wherever terrorism now thrives.

Now, (de Soto) is everywhere. So far, over 20 government leaders—from Afghanistan to Mexico to Russia—have sought his counsel.

Yet Mr de Soto is not one of those economists who thinks that the key to capitalism's success is to protect existing, legally established property rights, come what may. On the contrary, he argues that capitalism will thrive, and overcome threats such as terrorism, only if legal systems change so that most of the people feel that the law is on their side. Creating this sense of inclusion requires many things, including marketing the idea aggressively to the poor. But one of the best symbols of change is a mass programme of giving full legal protection to the de facto property rights that are observed informally by the (typically poor) people now living beyond the formal law.

According to Mr de Soto's research, based on interaction with extra-legal communities in several countries, such informal property rights cover assets—notably, land and housing—worth many billions of dollars. Informal systems of property rights usually make such assets “dead capital”, meaning that it is hard to use them as collateral for a loan, which might be used to start a business, for example. Bringing these rights into the formal legal system will unleash this capital and spur growth, says Mr de Soto: an efficient, inclusive legal system preceded rapid development in every rich country.”

“Development schemes for Third World countries rarely benefit the poor, largely because aid is too often squandered by corrupt bureaucracies. That makes fresher, commonsense visions like those of Peruvian economist Hernando de Soto all the more welcome. De Soto has spent years looking deep inside the underground economies where poor people--who make up two-thirds of the world's population--eke out a living.

(de Soto) offers a simple solution: give these underground denizens legal title to their homes and businesses. That would grant them access to bank credit and investment capital, much as the property-title revolution of the 18th and 19th centuries enriched Western Europe and North America. A limited experiment in Peru in the 1990s proved the idea had merit when it brought in more than $ 1 billion in new tax revenue. Some 30 heads of state, from Egypt to Mexico, have hired de Soto for similar projects. "I think our time has come," says de Soto. "Four billion people exist outside the market, where angry folks like Osama bin Laden followers lurk."

In and interview in Reason Online de Soto elaborates

“Agrarian reform is a process by means of which government assigns lands to the peasants...Until you have universal, well-protected, clear, and transferable private property rights, you cannot have a market economy.

If you take a walk through the countryside, from Indonesia to Peru, and you walk by field after field--in each field a different dog is going to bark at you. Even dogs know what private property is all about. The only one who does not know it is the government."

The Cato Institute has a list of other recent articles about de Soto here.

Given the essentials of property rights and the rule of law it seems that much of humanity can escape the dismal fate envisioned by the likes of Thomas Hobbes: life does not have to be "poor, nasty, brutish and short" for uncountable millions. The results of ensuring property rights and providing for the rule of law are surely better than anything else that has been foisted on helpless masses worldwide.

Well... either rich countries kept this a secret or the leaders of too many poor countries did not want to listen even when they were in a position to make their own decisions. Those leaders were probably particularly hard of hearing when they realized that losing control of land might have meant a loosening or loss of what was all too often dicatorial power.

Sadly, what many countries did actually attempt to adapt from the rich world were not proven solutions but variations of messianic Marxism. Such promises of paradise on earth were flirted with and rejected by societies that actually prospered. Societies that tried to contort human nature to create such earthly paradises relegated themselves to the dustbin of history.

In Ethiopia the government owns all rural land where the great majority of the population are subsistence farmers. In the cities people can own their own home or place of business - but not the land they built on. Urban land can only be leased from the government for a specified period. Confiscation is only a bureaucrat's whim away.

Property rights are inexorably tied to liberty and human rights. For example, in the antebellum and Jim Crow South the basic property rights of Blacks were non-existent or at best restricted. de Soto points out a pivotal event in several of the most dynamic economies and successful democracies of the latter 20th century.

de Soto recounts that exactly the opposite was South Vietnamese-American policy in Vietnam where communal land ownership was emphasized as land reform - where any was carried out at all. Thus there was no distinct or attractive alternative to the Communist plan for total government ownership of land.

Indeed, North Vietnamese land reform in the 1950s led to widespread famine and revolts against the Communists resulting in thousands of deaths. One must wonder then, why do governments stick by the dead end of absent individual rights to own land?

The answer is easy and obvious - when no one can own land, the ultimate source of freedom and prosperity lays in government hands. It is all about absolute control of everyone at any cost. For example, Ethiopians today are the serfs or at best sharecroppers of a tiny revolutionary feudal aristocracy that trades mass destitution for their own place in power.

The Creation of a Nation of Serfs tells how this lethal nonsense came to Ethiopia. Marx Reloaded (not Groucho) reveals some clues about the origins of this despotic absurdity.

The importance of the rule of law and property rights in developing free and prosperous societies is not a matter for debate it is simply a fact that is amply demonstrated by history. Those that deny private property rights understand the truth more than anyone - they just choose to ignore it.