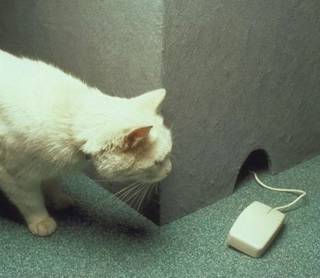 History provides a clear pass out of the permanent crisis manufactured by policies of state ownership of land. Kate Xiao Zhou penned an important book on this subject in 1996 titled “How the Farmers Changed China: Power of the People”. According to a reviewer

The author makes the persuasive case that it was the farmers that were responsible for the reform process that began in 1978, and it is they that have been the primary force behind the enormous success of the reforms.

Farmers were given the land in the late 1940s and early 1950s in recognition of their support for the Communist Party. But they never received titles and, by 1958, all their productive property and all the land had been socialized, without any compensation. The immediate incidence of the great famine that cost at least 30 million lives got the communes off to a bad start.

The state took over most of the functions that had traditionally been the province of the family.

When land was assigned to households, output increased greatly and the news spread rapidly.

There are excellent discussions of the development of markets--how once the restraints on market activities were removed, farmers seized the opportunities and virtually transformed the marketing of food. The socialized system of food distribution was so inefficient and rigid that farmers have been able to largely replace it, much to their and the consumers' benefit.

One popular reason for the state control of land in Ethiopia is the prevention of mass migration to the cities. Apparently gullible farmers will sign away their land for a song to 'greedy capitalists' and end up begging in the cities. Zhou and the reviewer point out that this infantiliazation of the people and criminalization of reasonable individual decisions was itself the problem.

The next chapter discusses the controls over migration--the hukou system under which an individual is registered at the place of birth and approval must be obtained for moving to another place. This system was designed primarily to stop "mindless" migration to the cities. With the abolition of the communes, the control the government had over the lives of rural people was sharply reduced and the enforcement of the hukou system has become much more difficult. There is now a large, though unknown, number of rural people illegally or semi-legally living in cities, generally performing the dirty, difficult and dangerous jobs urban residents are unwilling to accept. But even those jobs provide much higher incomes than farming. One of the important results of the control of migration has been to protect the large urban-rural difference in income--urban income is at least three times higher than rural income, even now that millions of nonfarm jobs in the country side have developed. Mao won the revolution, primarily due to the efforts of rural people, but he soon forgot those responsible for his victory.

Waiting for rain and accepting suffering as a tradition is no policy. Give the people land and trust them. It is their country after all.