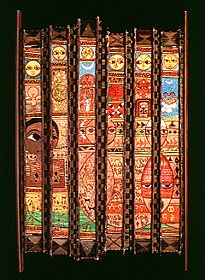 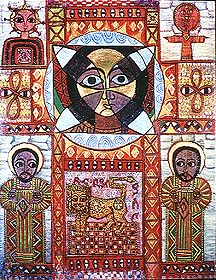 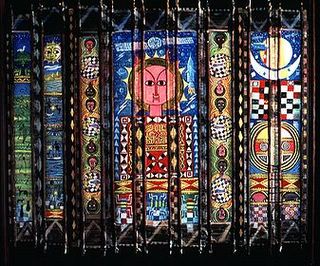 These paintings are some of the works of Zerihun Yetmgeta (biography)

Zerihun was born in Addis Ababa in 1941. His artistic talent was discovered at a young age. While attending boarding school he acquired the nickname "scientist" because he enjoyed working with his hands and making things. When, at the age of fifteen, he won first prize in a national art competition, he knew his destiny was to pursue the life of an artist. He completed high school, and began painting classes at the Empress Menen Handicraft School. A year later he was admitted to the School of Fine Arts in Addis Ababa where he studied from 1963 to 1968. He has been teaching two-dimensional art and graphics at the School of Fine Arts since the early 1970s.