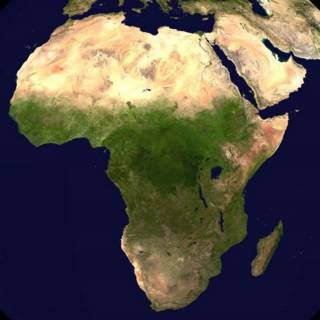 The BBC on Intra-Africa trade- it 'is too low'.

The study by the Economic Commission for Africa (ECA) blames the continuing low level of trade on poor transport links among African countries.

Also regional transport costs need to be consolidated. Such costs are prohibitive because many national road, air and rail networks remain unconnected within Africa.

The absence of intra-African trade links represents a major loss of potential wealth because valuable 'local' markets are never developed.

One familiar and compelling reason for this situation is the legacy of colonialism and slavery. Trade when it developed was for the benefit of outside powers in Europe, the Americas and Arabia. But why did this happen to begin with?

The primary reason is probably geography. Africa has a dearth of natural harbors and navigable rivers compared to the other continents. In addition internal topographic obstacles and a diversity of climactic zones make contact within Africa much more hazardous in the past and expensive today than across any other continent. Even the continent's north-south orientation causes numerous barriers of climate and ecology that prevent movement.

This example of the importance of geography and other often ignored factors of human development reminds us of one of our favorite books "Guns, Germs, and Steel: The Fates of Human Societies" by Jared Diamond

In this "artful, informative, and delightful" (William H. McNeill, New York Review of Books) book, Jared Diamond convincingly argues that geographical and environmental factors shaped the modern world... A major advance in our understanding of human societies, "Guns, Germs, and Steel" chronicles the way that the modern world came to be and stunningly dismantles racially based theories of human history. Winner of the Pulitzer Prize, the Phi Beta Kappa Award in Science, the Rhone-Poulenc Prize, and the Commonwealth club of California's Gold Medal.

This book is a must read.