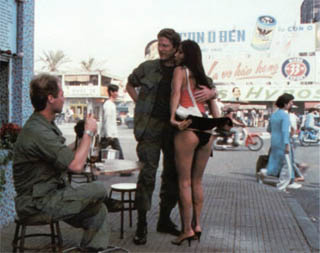 "Let's say I committed this crime… Even if I did this, it would have to have been because I loved her very much, right?"

In a 1998 interview, O.J. Simpson philosophizes on the meaning and expression of love.


On May 28, 1991 the city of Addis Ababa was taken by forces which had been engaged in a lengthy & costly civil war / rebellion against the loathsome dictatorship of the Dergue.

A new era of Ethiopian history began but not one altogether different from the recent past. After the dust had settled, the Revolutionary Democracy of Meles proved to be different from the Scientific Socialism of Menigistu only for three principal reasons.

1) Meles (and Issias of Eritrea - while their fragile alliance held) enjoyed a degree of military superiority and public acquiescence that Mengistu never enjoyed because there was no one like the two of them, for them to fight with. Put another way - the new rulers entered power without any capable or determined foes of any ideological, regional or ethnic stripe - Meles was already the last Communist standing and the nation was exhausted by war.

2) Mengistu, to whom every problem could be fixed by slogans and bullets, had so alienated Ethiopians and the West that any change at all was seen as an improvement. Since the side both Meles and Mengistu represented in the Cold War had lost - Meles was forced into relationships with the 'imperialist camp' based on a new set of slogans about the pretense of democracy and free markets. Bullets had to be used more discreetly but their use was, of course, assumed in extremis and indeed routine.

3) Cleverness and the circumstances of low expectations made all things easier for Meles. Instead of billions of dollars wasted on weapons and ruinous economic policies under Mengistu for 17 years - under Meles for 15 years, Ethiopia got far far far more tens of billions in economic aid (and remittances from Ethiopians abroad) to paper over ruinous economic policies and even greater levels of public corruption. All in exchange for the most transparent pretense of civilized government.

Meles has now been President or Prime Minister of Ethiopia for fifteen years. He has also dominated or controlled outright the TPLF and varying parts of Tigray for thirty years. By definition and common sense we all know that any individual who controls a country, region or or political organization for that long can be nothing but a dictator and can't be a democrat of any stripe but the revolutionary democratic kind.

At no step during this history has the consent of the governed been an issue in rule beyond propoganda and the liberal use of words like democratic. This has been constant from the bloody cut-throat days of intrigue in a revolutionary front onto the pretense of civilized democratic institutions.

Always the sole purpose has been power and because of the natural poverty generated by such government, the attraction of money from Western tax-payers is also a necessity. A Social Contract is

is a concept used in philosophy, political science and sociology to denote an implicit agreement within a state regarding the rights and responsibilities of the state and its citizens, or more generally a similar concord between a group and its members, or between individuals.

Ethiopians are at best peripheral players in the perverse social contract of Ethiopian rule. The World Bank recently announced over a billion dollars in grants and loans to the Ethiopian dictatorship - the former will of course be lost in a cesspool of corruption and the latter will never be paid back.

This is understood by all concerned and clearly shows that the principal constituency of Meles and his Politburo is Western politicians and aid bureaucrats. Make no mistake - 'World' and 'Bank' are two words synonymous with Washington and Brussels. All concerned know that countries run like Ethiopia can not be free or even approach any definition of prosperity so the World Bank money amounts to subsistence welfare payments.

In a further example of how politically complex and morally confusing our world is we must recognize that the marriage of convenience between Meles Inc. and the West is the only restraint from pure Stalinist and Maoist barbarism on the Ethiopian government. You see, Stalin and Mao could afford to pay for their despotisms but Meles can't so a tragic song and dance has ensued for the past fifteen years.

While the US stopped selling HUMVEES and there was maneuvering in Congress about consequences for hurting Ethiopians the EU actually cut several hundreds of millions in direct budget support. But no worry to the Ethiopian dictatorship because the World Bank is stepping into the breach

Now the bank and the donors are re-engaging with Ethiopia but providing a much different form of assistance than before, on the theory that they can continue to aid the country's poor while refraining from bolstering the Meles regime.

Instead of lending to the national government as it usually does, the bank will provide $215 million of its new aid to hundreds of local governments, mainly for basic services such as water, health and education.

Stuff and nonsense! In our series about structural corruption in Ethiopia we had a post titled "An Offer They Can't Refuse". There we argued that an earlier British proposal to support lower levels of government was absurd.

The Ethiopian state, ruling party, the commanding heights & lows of the economy, the frequent violent instruments of coercion and the ensuing levels of corruption are so intertwined and indistinguishable that giving money at a lower level of government was, we argued, no different than paying money to the lower levels of an organized crime network without expecting the money to filter up to the bosses.

Everyone concerned knows that Ethiopia is one of the most poorly governed, most corrupt and least favorite places on earth to invest with a stagnant economy apart from handouts from abroad. But once again, low expectations rule and the West realizes as President Franklin Roosevelt did generations ago about Nicaragua's then dictator that

The West is well aware that it is paying Meles protection money because one way or another he will rule Ethiopia and that if the West plays along with him he will make Ethiopians suffer less.

The West is also paying Meles protection money for events beyond Ethiopia as well. For the past weeks there have been pitched battles in Mogadishu, the erstwhile capital of Somalia, between the familiar warlords and a new Islamist faction , which seems ascendant.

The US is serving the purposes of its own foreign policy (and that of Western Europeans who pretend to be above such petty concerns) by arming some of the warlords. The Ethiopian government is the agent of choice for such transfers and for such intelligence, with a particular Ethiopian interest in the Somali government (in name alone) that is exiled somewhere out of the former capital.

The US military is seriously present in Djibouti and in Eastern Ethiopia training and no doubt concerned with contingencies where a more active hand might have to be taken in Somali affairs. US Ambassadors won't routinely take target practice where there are serious issues of US trainees violating human rights unless a strong message of realpolitik is being given to all observers.

At the same time there is an acceleration in the Ethiopian government's terror war. The Ethiopian government has been setting off bombs in Addis while its very own 'anti-terror task force' is attacking the political opposition. The government is blaming it on any one of a dozen handy targets of opportunity to change the subject from the 'election' to vicious human rights violations.

There are ongoing rumors of war with Eritrea over land that Ethiopia inexplicably promised to give away under arbitration after an expensive conflict in which it was the victim. Eritrea is the new favorite for blame on the bombing front but such distractions are more inconvenient than the core issue of terror since the West blames Ethiopia on the border issue.

Then all of a sudden there is the wholly new factors of a Christian-Moslem clash in Ethiopia to join the usual divide and rule tribal ones orchestrated by the government. The recent events in Jijiga of Eastern Ethiopia is totally unlike the character and habits of all Ethiopians over centuries of peaceful co-existence.

However, they also serve to change the subject from human rights, EU Parliament meetings and US Congressional hearings to focus the donor mind on how happy the West should be that Ethiopians at least aren't engaged in canibalism and how little should be expected from or for them.

It matters little if events in Ethioipa or Somalia have been manipulated by the Ethiopian government or who knows it - to focus attention as its whole Potemkin edifice of 'African Rennaisance' has fallen down. The world knows that Meles Inc. will do whatever it has to do to stay in power and that millions of Ethiopian or Somali lives matter little in that equation.

In the Great Game of Horn of Africa ' the West found itself playing chicken' with Meles and the West blinked first. Meles gets what he wants, power and money - both really amount to the same thing. Long term Western interests in a vibrant Ethiopia as an ally have taken a distance second place to the damage Meles can do to Western interests TODAY by not co-operating in Somalia and pushing Ethiopia itself over the edge.

So there you have it - Ethiopia's social contract has nothing to do with 70 million Ethiopians except as victims and at the very best as observers. The relationships that matter are principally fincancial and all between the West and Meles Inc. Meles is certainly all set 'to love Ethiopia long time' although past experience sees varieties of love like that familiar to O.J. in evidence.

Meles is as much a creature of Western foreign policy as Mengistu was of Soviet foreign policy. The policies of either had vanishingly little to do with the Ethiopian national interest.

And please ... no talk of looking for the 'real killers' - we all know exactly what is going on. We at ethiopundit are caught between support of a determined fight in the actual War on Terror and our concern for attendant consequences of the misinterpretations of US national interest in Ethiopia.

We also are, at best, impatient with conspiracy theories (unless we come up with them - we call our own 'analysis' but since we are usually right we deem them to be OK).

The West, albeit in a very shortsighted manner, is looking after the interests of Western Europeans and Americans - just as it should. The only people looking out for the interests of Ethiopians in all of this is via the peripheral minimal limits on how many Ethiopians their own government is allowed to kill (in public anyway) set by the West.