The World Is Yours II - The Syndicate 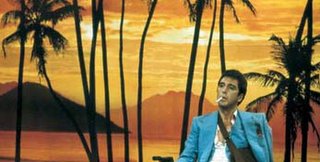 Who put this thing together? Me, that's who!
Who do I trust? Me!

The passage below Accounts of “Transparent Corruption” below is humbly lifted straight from Crime and Nourishment one of the best and most pointed summaries of current Ethiopian affairs and the challenges facing the Ethiopian People. The whole is very well documented - please see the original for sources.

In its 2005 World Report, Transparency International,the international anti- graft watchdog, lists Ethiopia as one of the most corupt African countries in the same general group as the likes of Nigeria, Somalia, Liberia, and Siera Leone. Some of these are countries with failed states that are run by diamond smuggling warlords. Indian Ocean Newsleter makes clear that the Prime Minister’s political party even has an Economic Afairs Department headed by Sebhat Nega, one of his trusted lieutenants and a founding member of the ruling party.

Coruption in Ethiopia, like in the Mafia, is a family afair. The Indian Ocean News leter reports that “Other members of the prime minister's inner circle who have the reputation of having enjoyed unwaranted privileges include his brother Nikodimos Zenawi(a former government employee who has struck it rich), the Prime Minister’s wife Azeb (known as Lemlem and former head of Mega Net, a firm which has benefited from untaxed imports), and Benyam Mesfin (son of the foreign minister and owner of a fleet of Scania trucks). Acording to the Economist Inteligence Unit, “Coruption in Ethiopia poses various problems for its busines environment, as patronage networks are firmly entrenched and political clout is often used to gain economic prowess.”

A World Bank’s report confirms that “political parties belonging to the [ruling party] have established companies which include banks and insurance companies.” The ruling party also runs other business conglomerates in construction, agriculture, transportation and import and export of key products.The World Bank report referenced above documents that“companies and NGOs with party afiliations receive preferential treatment for licenses and permits.” The recommendation ofthe World Bank, however,is to “consider establishing a modest anti-coruption unit in the Prime Minister’s ofice to deal with coruption.”

As a cynical African writer once opined, “what the heck, after all this is Africa where anything is possible and everything is permisible!” How else could one understand the recomendation of a leading international development bank advising the very Prime Minister who is engaged in grand corruption to set up 'a modest anti-corruption' unit and place it under his office. It is no small wonder why the level and scope of corruption in the country is increasingly worsening. Transparency International's 2005 Global Reportmakes clear that corruption in Ethiopia has gotten worse.

Marina Ottaway in Africa's New Leaders writes from a generally optomistic perspective of the EPRDF / TPLF / Meles Inc. that is part of a comprehensive whole but that is now at best dated. She explains the origins of the current system in her thoughtful book and we paraphrase the appropriate passages thusly:

The TPLF early on during the war with the Dergue set up NGOs (Non Governmental Organizations in name at least) of areas they controlled such as REST (Relief Society of Tigray). REST was formed to facilitate food distribution from the 1970s on and the TPLF's successful policy was to encourage Western aid directly to REST rather than Mengistu's government. Near the end of the war the Tigrean Development Association was also formed.

Since 1991 and gaining national power TPLF economic activity has increased with a network of supposedly private corporations controlled by prominent TPLF officials believed to be funded by the party itself. In 1995 the Endowment Fund for the Rehabilitation of Tigray was formed thus formalizing the TPLF role in the economy.

The fund controls non-military assets captured from the Dergue (i.e. pretty much the whole national economy), TPLF companies extant, party funds, funds from international NGOs, and capital borrowed from the state bank. Alone and with other 'private companies' the TPLF has launched many projects which it claims are not subsidized parastatals but commercial enterprises.

This pattern is repeated in other regions. Ottaway demures from further analysis based on lack of information of the size of the TPLF and crony economy but today it is clear that the critics she quotes were correct on the TPLF business empire.

Others see it as an obstacle to economic growth, believing that the party linked enterprises will never function along purely commercial lines, and that they will push genuine private entrepreneurs out of the most promising areas by getting better access to credit and licenses.

File that bit under obvious. Now if the above was written in a generally positive view of the regime it is hard to imagine how harsh criticism could be much worse. Ottaway ends by saying that the glimmer of pluralism she saw in Ethiopia then was driven by private sector economic activity.

That is certainly the way it is supposed to work in normal economies but the buds of both political and economic enterprise were trodden on fairly early in the game in preference for a unitary political economic force under the politburo aka Meles Inc.

Negussay Ayele in Norway, Ethiopia and the Yara foundation gives us a glimpse into the world of some international business 'co-operation'.

In the midst of a failing economy dependent on Western handouts, zero to no foreign direct investment, falling per capita agricultural yields WITH increasing fertilizer usage, no private ownership of land, strict government party control of the personal / political / economic life of tens of millions of peasants, widespread corruption AND in the midst of street massacres in the cities the foundation of a major fertilizer company gave the PM a large prize for being a great leader of his people and all around swell guy.

This was written in September of 2005 - in January of 2006 the contracts were not surprisingly renewed. Indebtedness from fertilizer debt is used as a potent weapon to surpress rural dissent in combination with total life insecurity based on the lack of private ownership of land. Below is a passage lifted straight from the article.

In 2000, the Meles regime decided to sideline other, longtime suppliers, in favor of Yara, agreeing to pay it more than the going market price per metric ton. Since then, Yara has become the major exporter of fertilizer to Ethiopia, albeit a relatively small market by Yara’s profit calculus.

Companies like Ethiopian Amalgamated Limited, which serviced the supply of fertilizers from the plant to the farm, streamlined the process and helped reduce the cost. Yara, however, shipped the fertilizer to Djibouti from where Mr. Meles Zenawi’s EPRDF’s designated parastatal agency with a fancy name-- Agricultural Inputs Supply Corporation or Enterprise (AISCO/E) or another so appointed body takes over.

About two-thirds of the fertilizer supply is then distributed to subsidiary parastatals of EPRDF’s ethnic regions namely Dinsho in Oromia, Ambasel in Amhara, Guna in Tigrai, Wondo in Southern Peoples of Ethiopia. AISCO/E or its variant reserves the rest of the supply to use as politically expedient.