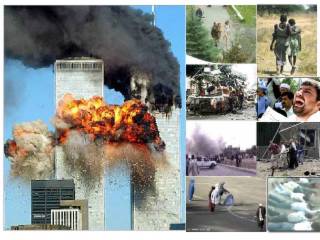 The Fourth World War is here. This time humanity faces determined enemies who want to bend Islam, one of the world's great religions, to their own private will in the service of a new totalitarian evil. The first three World Wars were fought against the Central Powers from 1914-18, totalitarian Fascism from 1935-45 and totalitarian Communism from 1945-91.

That realization came to most in the U.S. four years ago today. Some countries had been fighting the war for years while a few are just noticing it now. Many others remain unconvinced or simply assume they will remain untouched.