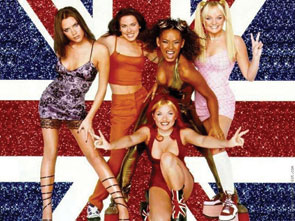 The Live 8 concert comes twenty years after the first Live Aid in 1985 which raised millions for the starving of Ethiopia and was watched by 1.5 billion around the globe. It sets out its mission thus

On July 6th, we finally have the opportunity to stop that shameful statistic.

8 world leaders, gathered in Scotland for the G8 summit, will be presented with a workable plan to double aid, drop the debt and make the trade laws fair. If these 8 men agree, then we will become the generation that made poverty history.

But they'll only do it if enough people tell them to.

We don't want your money - we want you!

Sounds great right? Generally we understand the decent impulse behind this but don't agree that money will solve anything alone - there is an element of unease that we share with Booker Rising. Frankly, what is really needed is the encouragement of the development of the INSTITUTIONS of democracy and the free market in Africa. A concert message to respect the results of the recent election in Ethiopia would have far more meaning and relevance to the world.

Especially given his comments about the 'election' massacres in Ethiopia and the fact that his heart is quite obviously in the right place it is hard to be critical of Bob Geldof. However, this time he has gone too far and has displayed an unfortunate despotic face towards the world. He has banned the Spice Girls from Live 8 after they were teased about a reunion and participation.

The decision by concert bosses to axe them from the concert will be a bitter blow to the five stars who had hoped to re-form and play together for the first time since they split in 1998.

A source said: "The girls will be gutted by the decision."

But Live 8 organisers were adamant their style of music did not fit in with the serious political message about world poverty the transatlantic event hopes to portray.

A BBC spokesman said: "Many of the biggest rock stars in the world have agreed to take part, and the Spice Girls just don't fit.

Please Bob Geldof, put the Spice Girls on before it is too late!