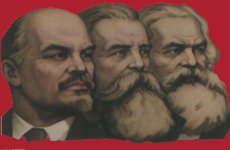 "Guilt And Atonement: the Genesis of Revolutionary Spirit in Ethiopia" by Messay Kebede is an interesting opinion piece originally from the Addis Tribune. Here is a passage

A country that has gone through a traumatic and adverse experience cannot move forward without dealing with the causes of its hardship. Not only are concealed mistakes likely to be repeated, but also a fresh start cannot happen unless acute awareness exorcises the demons of the past. That is why Ethiopians must repeatedly go back to and reflect on the circumstances that led to the revolution of 1974 ...

In what sense was Marxism-Leninism a substitute for the loss of religious feeling? First of all, as the theory denounces all the religions of the world as the opium of the people, it prohibits the switch to Western religious views. In thus throwing all religions, including Western ones, in the garbage of history, the theory greatly reduced the sense of betrayal by allowing Ethiopians to turn their back on their legacy without becoming proselytes. Again, what the radical generation liked most in Marxism was its defiance of the West: the defiance flattered its nationalism even as it was debunking Ethiopian values.

But there is more to the matter than this. So distressing is the loss of religious feeling that nothing less than the eruption of revolutionary spirit is liable to assuage it. Who can deny that the best substitute for that loss is a theory that claims to be scientific and modern while preserving the promises of Christian religions? Such is precisely the case of Marxism with its theory of class struggle and the advent of the just and equal society after the overthrow of exploiting classes. What else was this happy end of history reproducing but the eschatological promises of religion?

ethiopundit touched on this issue of 'belief substitution' in a post about Haile Selassie and his legacy. We suspect that some part of our idea had roots in an essay by Ato Messay from the past.


Lost in a veritable supermarket of Traditional, Western and other ideas (some of which actually worked) much of a generation of educated Ethiopians never found their way past the ideological crap aisle.

It is tragic and terrifying that a glib catechism, itself the detritus of the West, could make so many otherwise bright people become utterly delusional. Ultimately, even opposition to the post-1974 Marxist-Leninist military dictatorship was largely an argument over who the 'true communists' were.


Some folks are "Still Waiting for those Marxist Insights" as Foreign Dispatches points out. "What Is Left of Socialism" by Leszek Kolakowski is summarized

none of the predictions specific to Marx have come true, among them the disappearance of the middle class, the absolute impoverishment of the working class, the inevitability of the proletarian revolution, and that capitalism would stall technological progress (now where did this computer come from?).

As for the so-called economic or materialist interpretation of history, Marx himself acknowledges that he wasn't the first to advance this, other than give it an upside-down Hegelian spin. From his letter to Joseph Weydmeyer, March 5, 1852:

"And now as to myself, no credit is due to me for discovering the existence of classes in modern society or the struggle between them. Long before me bourgeois historians had described the historical development of this class struggle and bourgeois economists, the economic anatomy of classes. What I did that was new was to prove:

(1) that the existence of classes is only bound up with the particular, historical phases in the development of production
(2) that the class struggle necessarily leads to the dictatorship of the proletariat.
(3) that this dictatorship itself only constitutes the transition to the abolition of all classes and to a classless society."

Some of the methods used to prove Marx have themselves been quite objectionable.

So Marx is that rare combination of a Johnny-come-lately and a false prophet. As Kolakowski puts it: "It seems that contemporary economics —- as distinct from economical ideologies —- would not differ much from what it is today if Marx had never been born."

Also, IMHO, Marx's vision of the classless society, as laid out in The German Ideology, is nauseating. It is a world devoid of inspiration, of passion, of all the things that make human existence, for all its iniquities, worth living. Equality is a fine thing, but ... (a)ny just society must figure out a way to balance the desire for equality and the desire for excellence (i.e. inequality); at such a project as this, Marxism fails.

Foreign Dispatches concludes with this

I really do think that about sums it up. Anyone who thinks Marxism has much to offer at this point is indulging a religious fetish, rather than engaging in rational thought.

What cure does the current government advise for Ethiopia's Revolutionary Spirit Hangover? Some hair of the dog that bit you, of course.